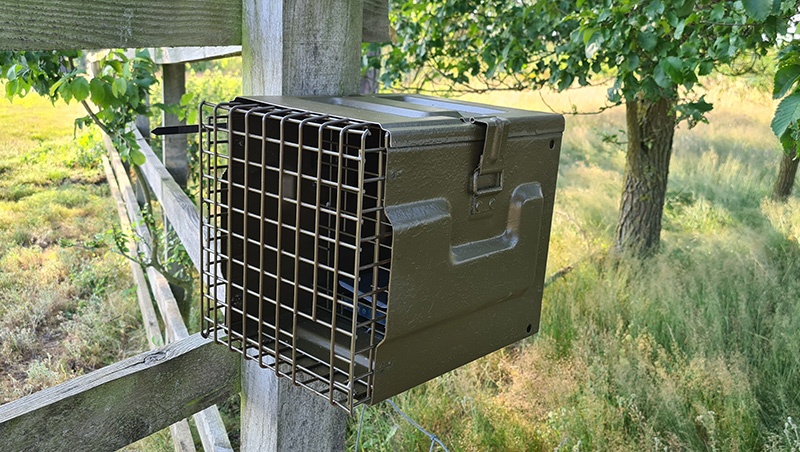 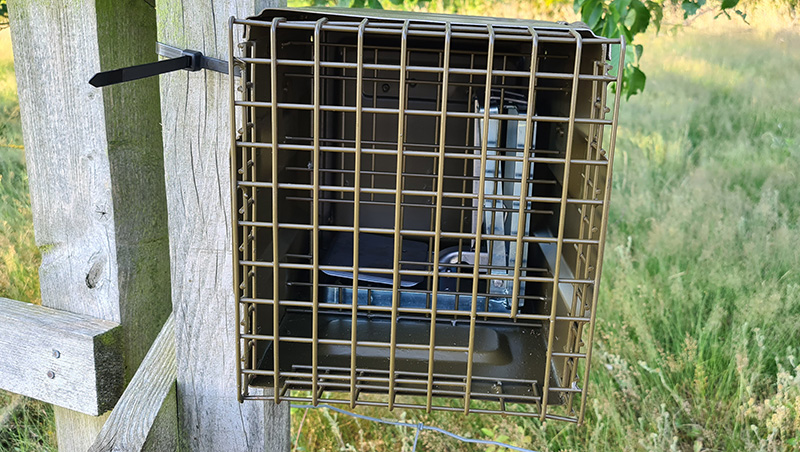 Grey squirrel Control works continuously on trap development and research into bait and lure, whislt there are ongoing projects looking at various biological control methods this is still a long way off and the need to control is as crucial as ever.

The BT 200 and DOC 200 are powefull squirrel killers and have been around for a while but with a change of regulation it is now much more flexible to use the traps in various situations on and off the ground.

The trap is secured into a modified ammunition box with a restricted entrance and a second baffle onto the treadle, when the treadle is depressed the killbar is released and srikes the squirrel arcoss the head ensuring a instant death.

The trap can be used either on the ground or mounted to a tree trunk or fence and is squirrel specific with the only non target being a occasional rat.

The ammo boxes are available in both single and double trap versions.

Traps are available to purchase in the Grey Squirrel Control Shop